Living in The Cloisters of Hickory Withe 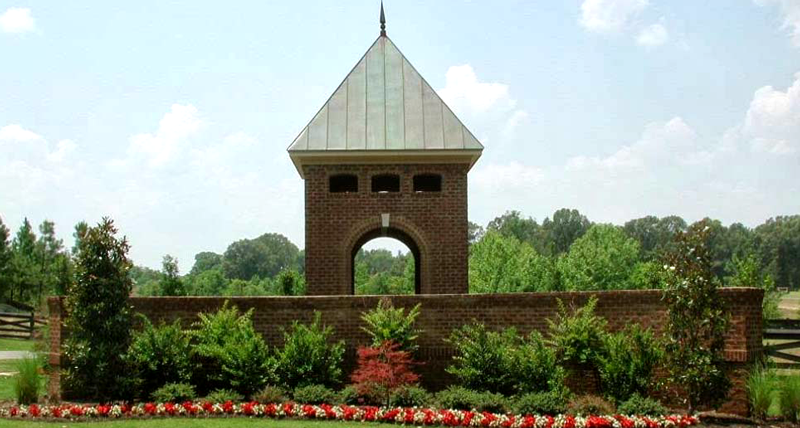 Flush with character, the Cloisters of Hickory Withe is a world of horse farms, agricultural heritage, luxury homes and some of the most beautiful greenery you’re ever going to see by simply looking out the window.

This is a community where residents and governing bodies have set a standard for development that works around the area’s natural beauty. Sitting in Fayette County, Hickory Withe has custom built homes surrounded by massive, majestic trees, woods and rolling hills. There are passive parks, natural trails and stunning bodies of water within walking distance of many homes.

It’s a neighborhood developed to be quiet and exclusive, tranquil and grand, designed to ensure a quality of life you cannot find anywhere else. Many of the homes here are custom built, though even pre-built residences have been engineered with the same care. Privacy is paramount. You could travel through the community and not see the homes as many neighborhoods are cleverly hidden in the landscape. We’re talking hundreds of acres of land with stunning homes, private parks, walking trails and lakes that will not be found unless you know where to look.

The Cloisters is adjacent to Memphis and Arlington. That gives anyone living here all the cosmopolitan recreation they could want. Graceland and the legendary Sun Studio, Germantown, the historical Beale Street district, Wolfchase Galleria, Mud Island, AutoZone Park and the Lichterman Nature Center. Work, shop, dine and play as the region provides amenities that will satisfy any tastes and come home to the Cloisters.

While Hickory Withe’s populace has been gradually growing, it still remains a hidden treasure, fostered by an aura of security and safety. There are low crime rates and even lower county taxes. There are neighbors that understand the preservation of their neighborhoods are dependent on working together. Families living in Hickory Withe appreciate the standard of living afforded them and put preserving it front and center, working with everyone from politicians to holding land developers responsible for maintaining the beautification and lifestyle so many have struggled to create.

The Cloisters is a great place to live. Inspired by a quaint European allure, home styles are varied but definitely western European influenced with features that are French Country, French Chateau and English Manor. Some have said living in the Cloisters of Hickory Withe is like stepping back in time. You could walk along these neighborhoods and not know it’s the 21st century.

Check out the video drive thru from the The Cloisters HOA: